We've been providing car servicing to the Chesterfield area for more than 30 years - that's three decades of experience that you can trust!

Here at Noble Motorsport, we provide car servicing to Chesterfield to maintain and service all types of vehicles - regardless of their age or manufacturer. 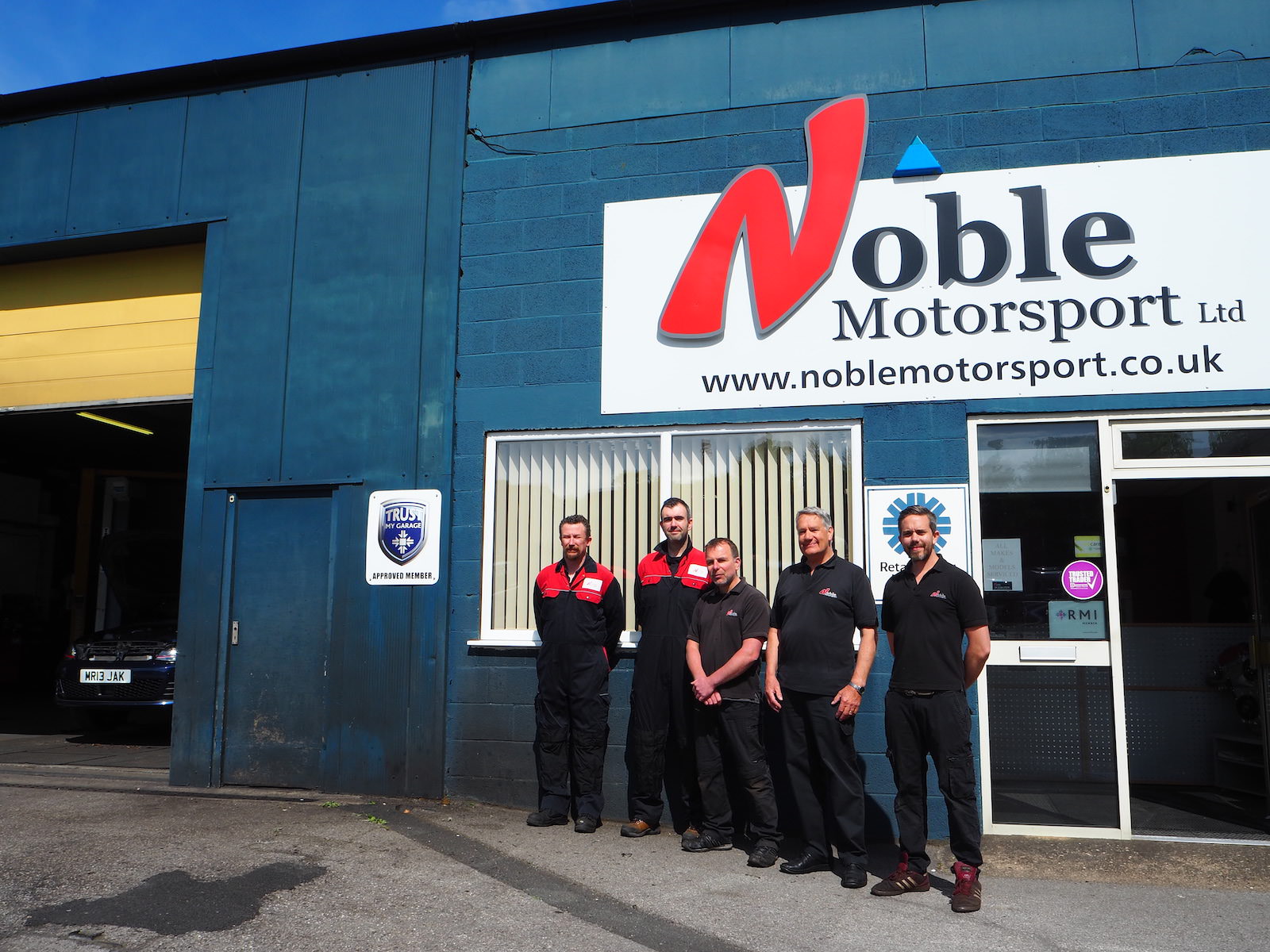 Noble Motorsport have been involved with Lee Noble and his Noble automotive company as it was then called since the company unveiled the Noble M10 at the Autosport show in 1998.

Noble Motorsport has been involved with Lee Noble and his Noble automotive company as it was then called, and the company unveiled the Noble M10 at the Autosport show in 1998.

The M10 ran a standard normally aspirated 2.5L Ford Duratec engine. Lee Noble and Noble Motorsport had a meeting at the show, where Lee told us he was developing a hardtop version of the M10 around the same platform but with a much better-looking body. Lee intended to call the new car an M12, he liked the compact design of the Ford V6 powerplant and wanted to continue using it but in the M12 he was needing to extract some more performance. A deal was secured on a handshake and work on the engine commenced, in just 12 months we had our first Noble Motorsport 2.5 v6 twin turbo prototype built, running, and dyno tested at 325bhp. The first M12 was hand built in Leicester and the new development engine was fitted, the result was phenomenal. A handful more, customer factory built British cars were completed before the production was moved to South Africa.

At this point Lee secured a partner, and now the car company was known as Noble Moy Automotive, the cars would now be 80% completed in South Africa where it was more cost-effective, then returned to Leicester in the UK for final assembly, at this point our Noble Motorsport Engines were fitted, the vehicle's road tested and then taken for SVA (single vehicle approval).

In late 2001 Ford was stopping production of the 2.5 engine so we were then commissioned by Noble Moy Automotive to develop the replacement engine, a 3.0L Duratec sourced from the American ford Maveric. The brief was to produce the 3.0-litre engine, still with twin turbos, but to de-tune it to only produce slightly more performance than the 2.5-litre.

The new engine underwent the same modifications that we had developed on the 2.5L unit,forge decompressed rods, cylinder block modifications with cylinder bore oil spray jets, crankshaft balancing, and turbo oil feeds built into the cylinder heads, along with st220 camshafts coil top plugs and a new MBE management system, the new engine responded extremely well to turbocharging, a little too well, and was capable of producing in excess of 500bhp.

Lee Noble wanted to leave plenty of scope for future production vehicle variants with more performance, so with this in mind, we altered the engines cam timing and sourced smaller than optimum turbocharges to detune the 3.0 engine. This unit was used in the Noble GTO3 mated to a 5-speed gearbox and later in the face-lifted GTO3R, mated to a 6-speed gearbox. 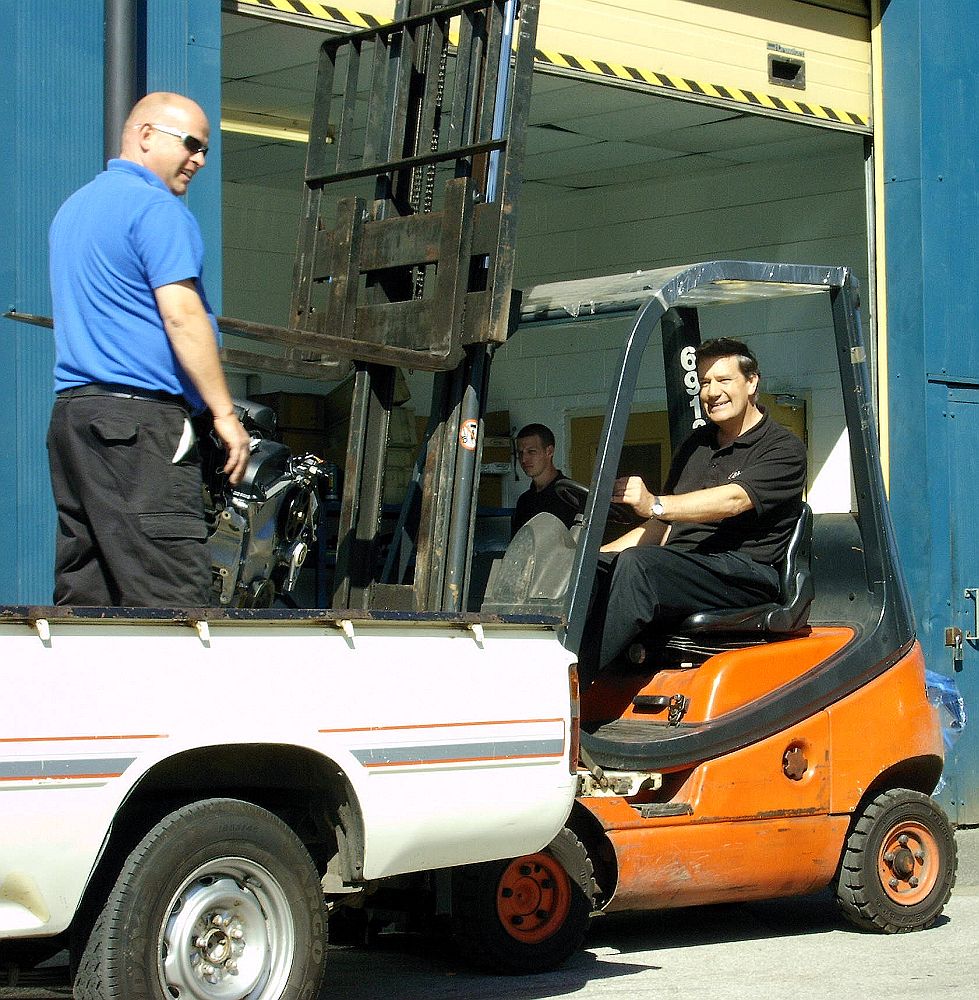 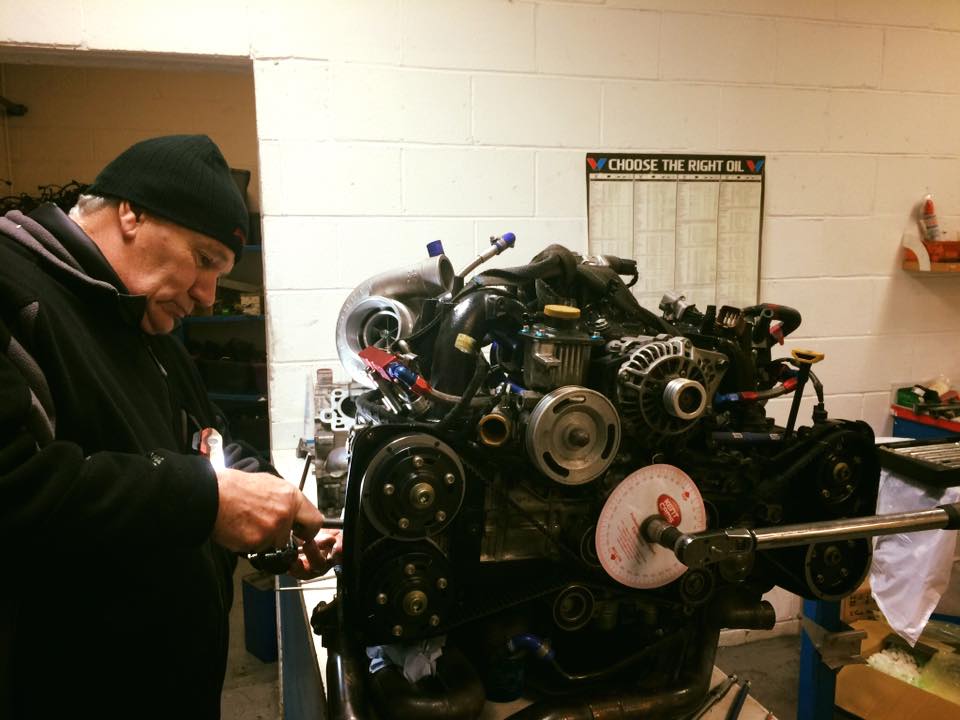 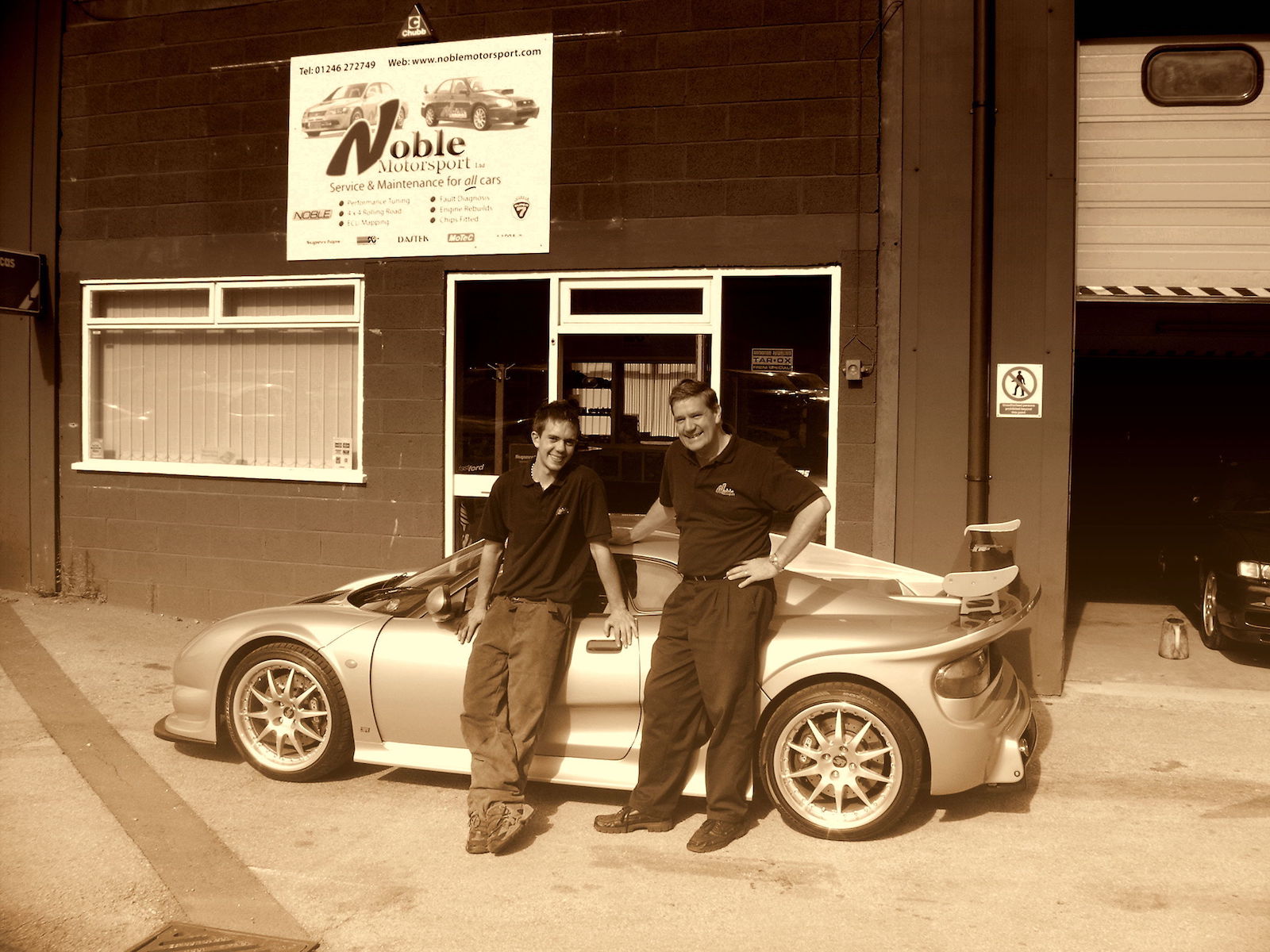 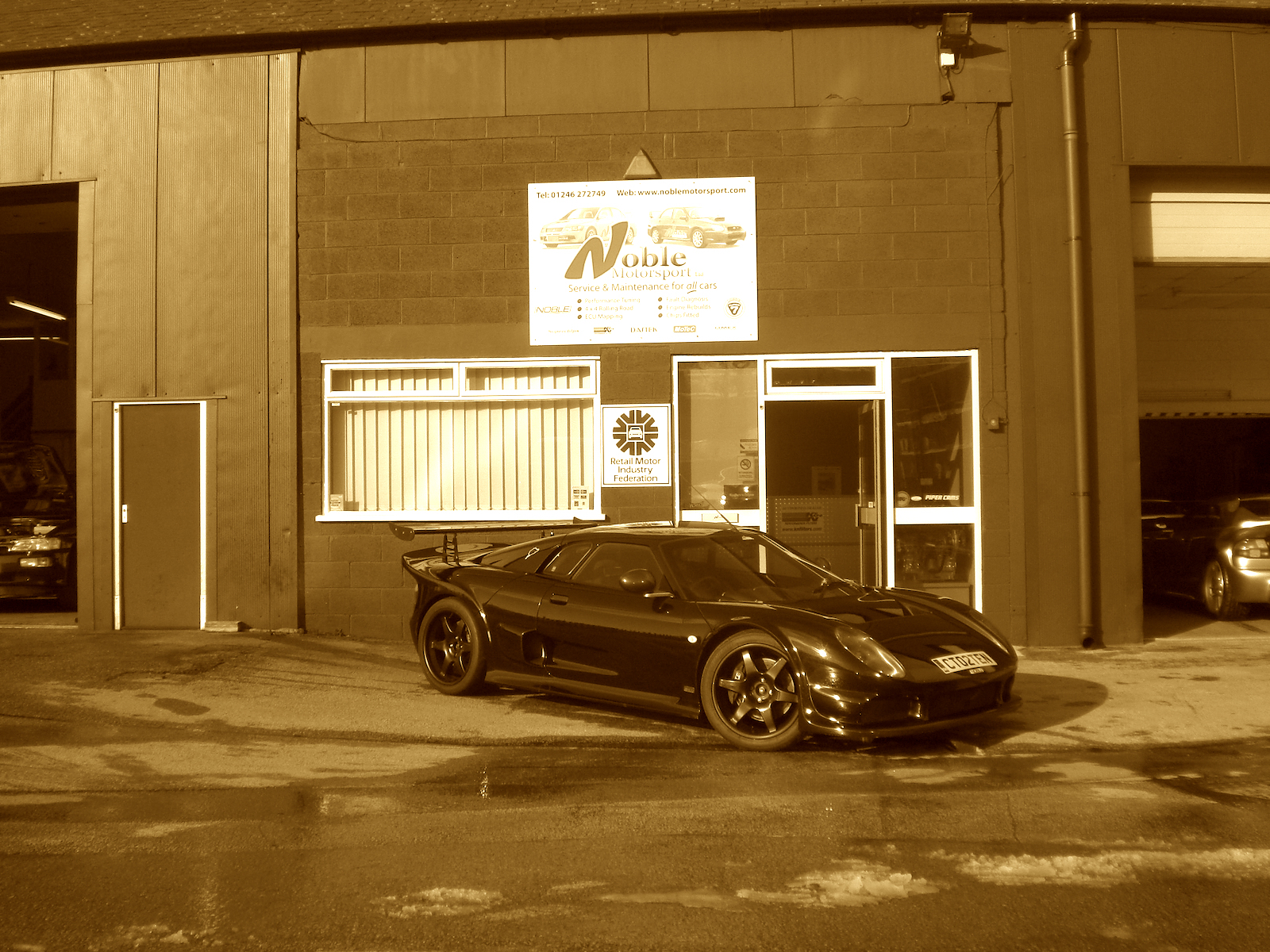 As the cars progressed so did the engines, the M400 was developed. The engine was already capable of producing huge performance figures but it was decided that the M400 needed to have an extra U.S.P. The engine was now to run forged pistons and the car needed to make around 400bhp per ton, the restrictions we had put in place on the GTO3 unit were removed, larger turbos were sourced and cam timing altered to produce the 400bhp per tonne required to match the M400 name.

Further engine developments went underway forged crankshafts were tested in the factory's race car program and even a complete re-design of the engines firing order running a bespoke flat plane crank were intended for future models, that being the now de-funked M14 and M15 projects. Unfortunately Lee Noble resigning from his once company in 2008, and Ford stopping production of the 3.0L Duratec, the new American Owner of Noble Automotive wanted to take the company in a different direction.

This is where the partnership between two small British companies sharing the same name and one passion ended. Noble Motorsport and Lee Noble are still in touch and we are endeavouring to help Lee along with his future projects. 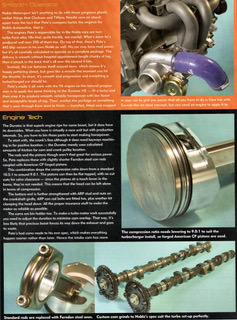 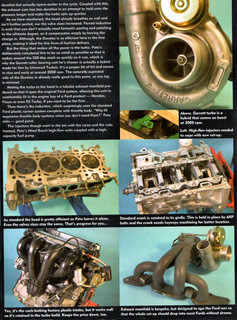 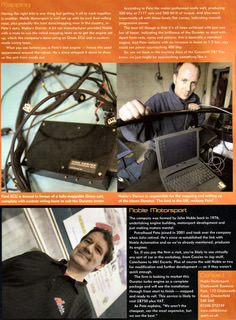 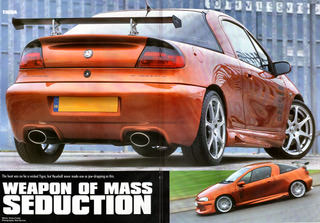 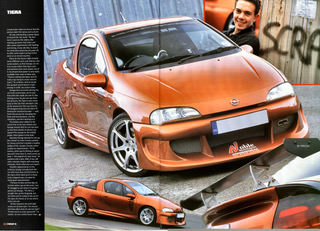 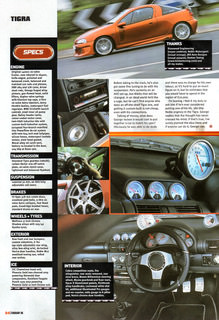